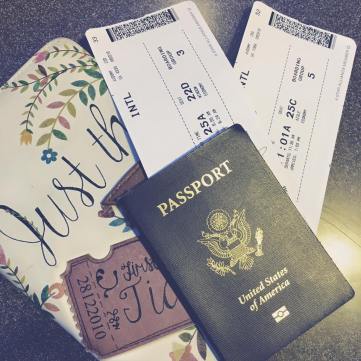 My journey to Mexico was one of the smoothest and most relaxing travel experiences I have ever had. The ease can be credited to United Airlines.

I started my trip in Richmond, VA. At 5am on Christmas morning the airport was a ghost town. I was the only person in line for security and my flight to Houston from Richmond was only half full.

In Houston I spend my three hour layover in the United Club Lounge. I used free passes earned from Visa travel credit card. In the club they provided free breakfast, wifi, private corners and comfy couches. The Houston club is humongous! It’s three stories, there are computer nooks, offices, showers, two bars, two buffets and a storage room. The lounge was crowded but it was much better then schlepping around the actual airport.

I headed to my gate about 45 minuets before boarding. While waiting the airline made several announcements that my flight was overbooked and they were looking for two people to give up their seats. They began by offer just a $200 certificate. But as time grew closer to boarding they upped the ante. At that point it was also announced that my original flight was delayed one hour.

So I offered up my seat. In return I received a $500 certificate, two meal vouchers, another United Club pass and a first class ticket on the next flight to Mexico city (only 45 minutes later). My original ticket only cost $190 so I profited $310! 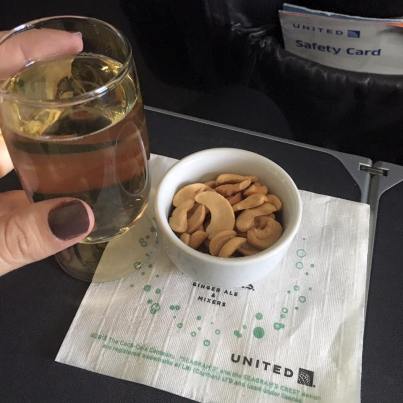 I had never flown first class before so I was super excited to have earned a free upgrade. I felt like a total ballllllller $$!$. My seat was huge and upon boarding I was offered wine and a hot towel. Throughout my flight I had three glasses of wine…hey it was free! Then dinner was served. Oh my goodness it was delicious. First class was absolutely fabulous.

As a Christmas preent my dad bought me a car service transport from the airport to my hotel. He used a website called Blacklane to book the car. So upon exiting the terminal I was greeted by a chauffeur holding a sign with my name. He escorted me to the car and I was off to Mexico city center!

The eight hours of travel from Richmond to Mexico City were without a hick-up. I felt so refreshed when I finally arrived to my hotel that I was ready to take on Mexican nightlife right away!

3 thoughts on “The Perks of Traveling Christmas Day”