We made it to London!

It’s my third time in this magnificent city, but my first time unescorted.

Here’s where we stayed:

Safestay at Elephant and Castel

Because Jenny had never been to London I made sure she did all the stereotypical tourist things. We saw London Bridge, The Tower of London and Big Ben. We also took the Big Red Tour Bus. Which is great for sight seeing and picture taking.

On our second day in London we met Jenny’s local friend. It was a rare sunny day in London so we took the opportunity to rent bikes and ride through Hyde Park.

We stumbled upon this cute little sausage stand in the middle of the park and had a cinematic picnic in the shade of a willow tree. 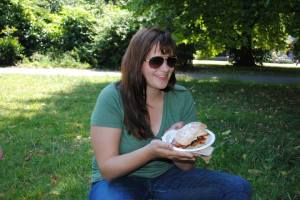 The most amazing sandwich!

After riding several miles (we got a little lost) we arrived at Kensington Palace!

We had great time exploring this historic princess palace and its fun and interactive art and fashion exhibits. But my favorite was the  stunning gardens.

Since I had just wrapped my first major TV show job (A Haunting S.6) it was really special to see how a big movie was made. I was especially interested in the props and costumes. I was cool to really see where scenes were filmed and how the stories came to life. 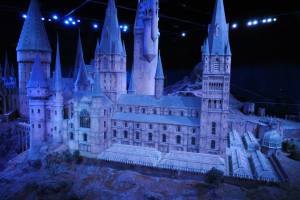 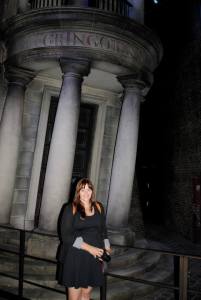